Secure the Lifeboat: The Importance of a Backup Plan 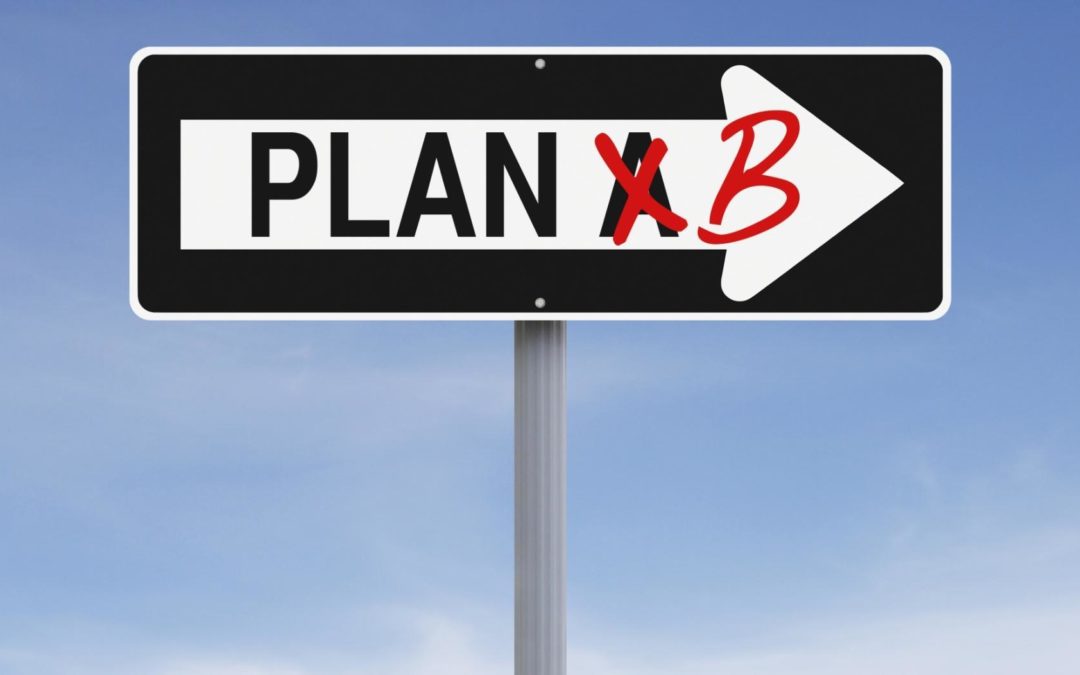 “Being too busy to worry about backup is like being too busy driving a car to put on a seatbelt.”  ~ T.E. Ronneberg

You may have heard the saying, “Hope for the best, plan for the worst”.  I call that being pessimistically optimistic.

In business, as in life, it is extremely important.

No matter how much you plan, or hope everything works out just the way you envisioned it, inevitably something will go wrong.  And it usually happens at the worst possible time.

“What could possibly go wrong?” you ask. Let’s start with weather related issues such as flood, earthquake, hurricane, blizzard or other natural or man-made disasters.  Or maybe your car breaks down on the way to the airport right before that important business trip.  Maybe an illness or accident keeps an important employee away from the office for much longer than you originally planned.

It could be someone deleted an important file you need, or all your customer contacts and information disappeared, or heaven forbid, a computer crash that wipes out all the files on your hard drive. (You did back everything up to an external source, or the cloud, didn’t you?) Hopefully, you now get the idea that bad things do happen to good people.

Here’s an example from my past.  Some of you know I spent the better part of 25 years in the Hospitality/Travel/Cruise industry. In the cruise industry, something is going wrong all the time, and backup plans are a way of life. On the first day of every cruise, we practice the lifeboat drill, just in case an emergency happens during the cruise, and we need to abandon ship. All passengers will know where to go in case of an emergency.  Now this rarely happens, but does that mean we should not be prepared, not have a plan in place, and should not practice this drill every time a new cruise starts?

One time we did have a fire onboard, and all passengers had to get their lifejackets, report to their muster stations and be prepared to abandon the ship if the fire was not contained in a relatively short time.  This happened at 2 o’clock in the morning! All passengers had to be awakened (most people were asleep, a few were still enjoying the nightlife) so they could report to their emergency stations.  Luckily, the fire was brought under control, and the ship did not have to be abandoned, but the cruise had to be cancelled in the middle of the voyage as the ship limped into a nearby port of call.

While this could be considered a disaster, we received a tremendous amount of good publicity because the passengers kept saying how great the crew was at keeping them all safe, and just as important, well informed about everything that was happening. It’s because we had a plan in place and practiced that drill all the time.

If a fire broke out in your building, would you and your team know where to go and what to do to stay safe in case of an emergency?

A second, more common example takes place during hurricane season, when ships have to alter course at the last minute.  Ships generally will never go near hurricanes, so backup plans are already established so time is not wasted putting one together.  So many people from so many departments must work together to make sure there is a seamless transition.  Our passengers (your customers) do not want to listen to excuses why something wasn’t done, or why you were not prepared for just such an emergency.

A great place for any business to start is to determine what requires a backup plan and to prioritize accordingly.  What are the threats and risks involved? What are some of the things that could threaten your business? Maybe the manufacturer can’t fulfill your order, or your distribution channel breaks down. Can you afford for your computer system to go down? Do you have 24/7 support?

No matter what the problem may be, make sure of the following:

As a business owner or leader, not having a backup plan is just plain dumb. Hoping nothing goes wrong in your business is not a suitable backup plan. Don’t put it off any longer. And remember to backup your computer this evening!