Life Lessons My Dog Taught Me 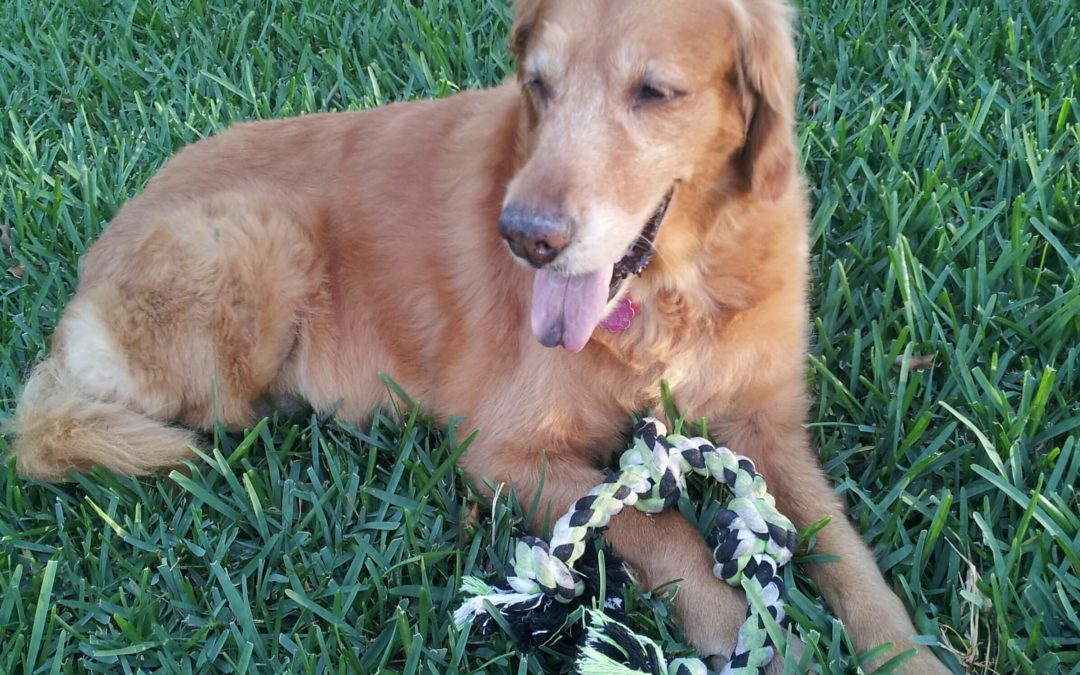 “No matter how little money and how few possessions, you own, having a dog makes you rich.” ~ Louis Sabin

It’s a sad day, week and month in our household.  Our beautiful 12 year old Golden Retriever, Lucy, (pictured above) passed away from complications from brain tumor surgery.  She started having seizures about a month ago, and when we did a scan, the tumor was revealed on her brain.

We immediately took steps to stop the seizures with proper medication, but she became so tired and lethargic.  She made messes on the floor all day and night, and she was so embarrassed. She was a proud girl. Because I was on the road traveling all the time, my wife was a rock, staying up all night, lying next to her trying to comfort her. It was tough on all of us, including our other Golden, Ricky, who was very confused as to what was going on.

She got stronger after a few weeks, and the doctors told us she was solid in all other areas, and should not have problems with the surgery, but unfortunately, it was not meant to be. She made it through the surgery like the trooper she was, but the next morning complications took her life.

I’ve always said God was having a particularly good day when He created dogs, and Lucy was at the top of the list.  She was a rescue dog, as was Ricky, and she came to us about 10 years ago from a person we had never met.  She was found in a canal by Maria, dirty and lost.  Maria took her in, cleaned her up and tried to find the owner for 6 months, without luck.  Lucy had a chip embedded in her, but it wasn’t registered to anyone. After 6 months, Maria couldn’t take care of her anymore due to personal circumstances, and through mutual friends, she came to us.

It was one of the best days of our life.  I’ll never forget the first time we met.  Lucy came bounding across the yard as a 2 year old, full of energy, pulling the leash out of Maria’s hand, and came right over to me tail wagging a hundred miles an hour, and immediately flopped over begging for a belly rub.  She loved belly rubs.  After that moment, we knew it was fate. There was no turning back.

After a little time together, we got her certified as a therapy dog because of her beautiful disposition and love of all humans, and we took her to hospitals, hospice centers and nursing homes where everyone she met instantly fell in love with her.

While Lucy taught me many things, these stand out:

There are so many more life lessons I could talk about: patience, tolerance, loyalty, devotion, unconditional love and of course, naps.  There have been many tears so far, and I’m sure there will be more to come.  If I could only see that tail wag one more time. But our lives are so much richer and better off for being with her for 10 years.  Ricky will adjust, and so will we. One thing we will always remember: you can never have too many belly rubs.