I’m Baaaack…And What a Journey It’s Been! 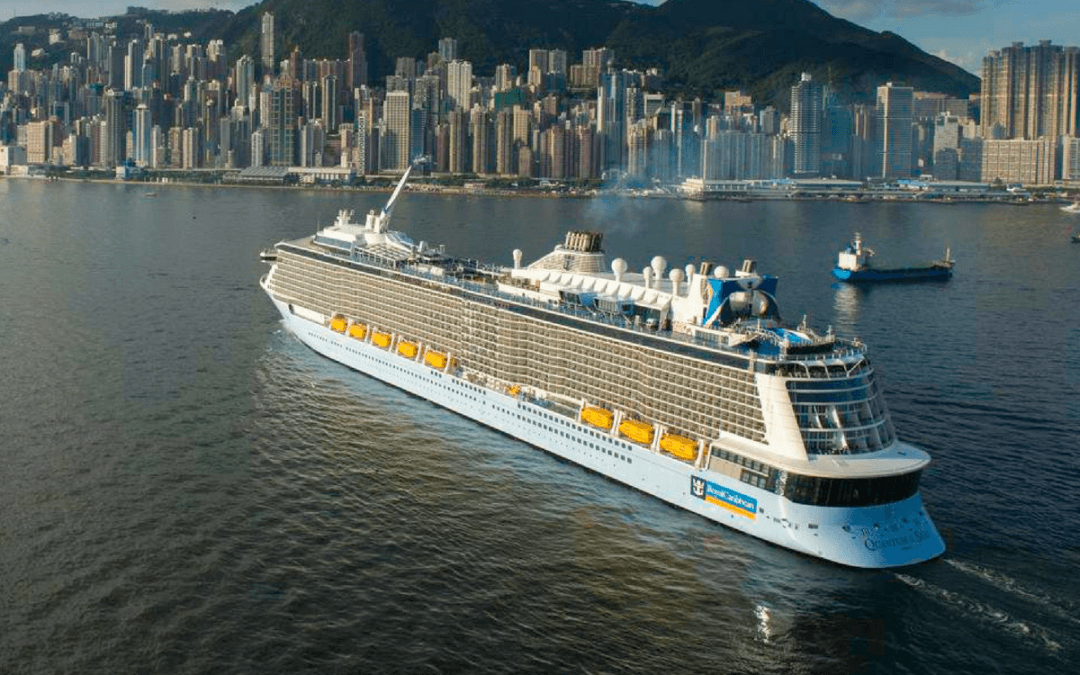 In case you haven’t noticed, I’ve taken a break from writing for the past two months (you have noticed, haven’t you?) in order to concentrate on a wonderful opportunity.

I had the privilege to lead a wonderful team onboard Royal Caribbean’s Quantum of the Seas, sailing 4 and 5-day cruises out of Shanghai, China, going to various ports in Japan. The passengers were 97% Chinese, with the other 3% a mix of international guests from all over the world. North Americans, where I’m from, were a very small minority onboard.

No, I do not speak Mandarin or Cantonese. But when I was onstage hosting events or incredible shows, my assistant, who is from China, was always there to interpret my words. At least I hope that’s what she was doing; I really have no way of knowing!

This is pretty much 180 degrees from what I am used to, hosting and speaking to mainly English speaking guests, being able to freely communicate. It was a challenge at first, but in short time I learned that less is more.

I learned to cut out the fluff, the jokes, and the non-important points, and concentrate on the important information that needed to be communicated. And that was a good thing because I learned the guests who did speak a little English did not get my off-the-wall sense of humor. (Surprising I know, but a great learning experience when they just looked at me with a confused expression on their faces.)

Here’s an example of where we messed up and could have done better. 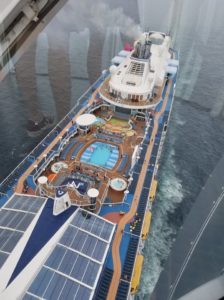 The ship I was on is fairly new (less than 4 years old) and technologically quite advanced. We have the newest broadcast toys to work with, new apps to download to smartphones to use onboard, the fastest Internet speeds at sea (still slower than on-land but getting better) and some of the industry’s latest sound and light equipment in our theaters.

But being a ship at sea, things can go wrong or break down, and it takes time to get them repaired. We don’t have the space to carry all the spare parts necessary for every conceivable repair.

One night in the middle of a very technical show with aerial artists flying high above the stage (which can be quite dangerous on-land let alone a moving ship) as well as moving robotic screens, an error occurred with the screens that caused them to stop moving towards the end of the show. It did not affect the safety of the artists for the last few minutes of the show, but would have been very dangerous for the next show which was scheduled in about an hour.

Our error was that we did not keep the guests who were waiting for the show outside the theater informed as to what was happening as soon as they started arriving. We just kept them there with no explanation as we kept being told the problem would be fixed in time.

We erred in not keeping them updated that there was a chance the show would be canceled. If they knew as soon as they arrived there was a problem, they could have made the decision to stay or go. Lesson learned.

Keep people informed if there is a potential problem, such as merchandise not being delivered on time, or a problem in the restaurant kitchen that will delay a meal. People can handle bad news as long as they are kept informed in a timely manner.

This was one important reminder, but overall, the journey was an incredibly positive experience that I will be sharing with you over the next few weeks. Stay tuned!